Among other goals I’ve set for 2017, one of them is to put together a series of illustrations of some of my favorite fairy tales to make a calendar. I’ve tried it several times before, but couldn’t keep the quality consistent, or the style uniform. So rather than spend a few weeks trying to crank through twelve drawings (each one takes over twenty hours) and burning out before the end like I usually do, I’m just trying to finish one per month.

March, with all its associations with green ties in well with the Frog Prince, so I thought I’d share the evolution of that illustration. 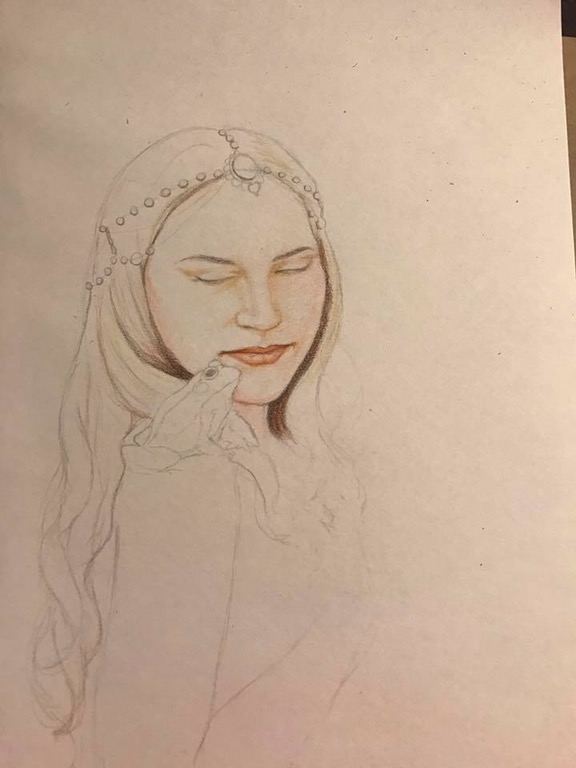 Got the basic figures drawn in. (I wind up reshaping her face all the way to the end) 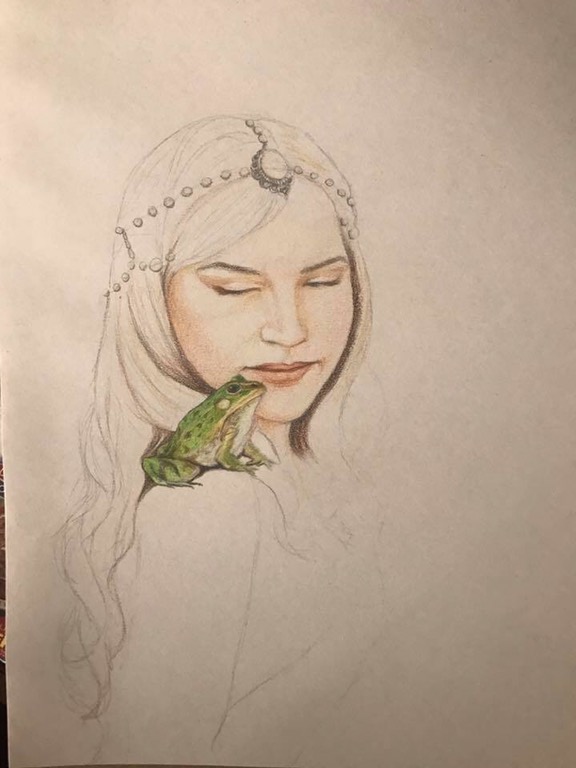 Focused on the frog for a bit. I really wanted him to pop so I filled him in before I did her hair. 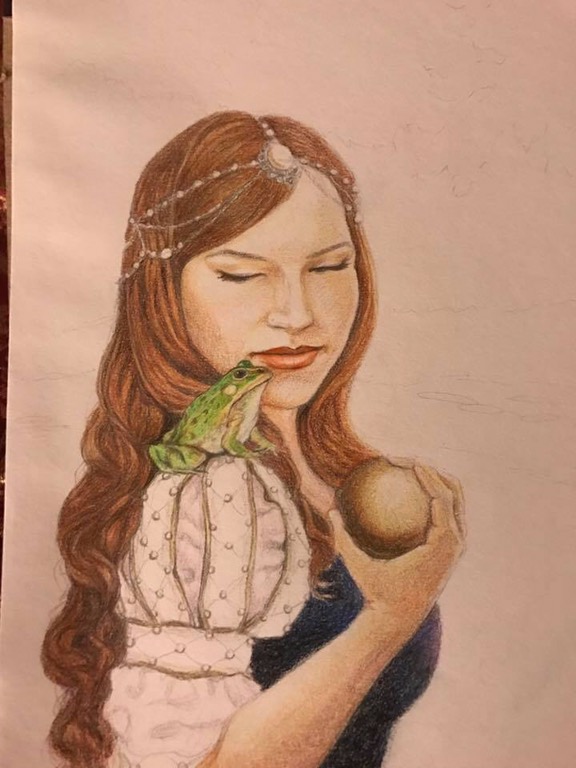 I usually don’t draw characters so close up, so it was fun to really focus on the details in her sleeve. 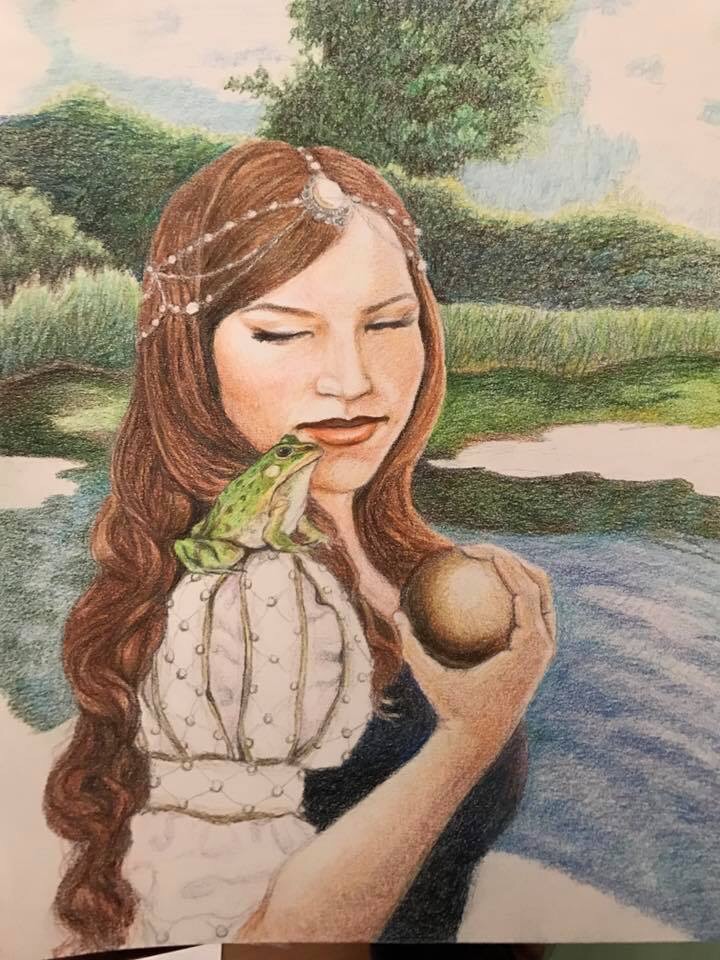 Landscapes in colored pencil are really difficult for me. Trying to add depth and shading without all of the greens and plants looking like they’re the same plant. And I tried out some still water techniques too that later changed.

And here they are, ‘The Princess and the Frog.’ I’ve named them Lily and Everett. Let me know if you’d like to see how the rest of this project unfolds. Feel free to share some of your favorite artwork too.

8 thoughts on “The Princess, the Frog, and the Gold Ball”