In Part 1, we laid the foundation for our fantasy world. Now that we know where everything goes, it’s time to start putting some names to these places. Honestly, this is one of the hardest parts of world-building to me. This can be a black hole of coming up with new names if you’re not careful. And obviously, it all depends on how deep into it you want to go.

I break mine up into categories:

Today I’m going to focus on the landscape. Now how you choose the names for your fantasy world is entirely up to you—obviously. There are plenty of free name generators available online if you need inspiration.

Tip: When choosing names for people and places I try to keep them unified in some way so the world feels more cohesive. If I decide to use a name from a particular language then all of the names are given spellings and pronunciations from that language to give things a more cohesive feel. On the other hand, if I want to show some diversity, then I make sure that the differences are deliberate enough to show those influences and distinguish one group from another.

Place names tend to be broken into identifying traits like Springfield, Oxford, Bridgewater or The United States, or they’re named for an important figure like Columbus, Jamestown, Williamsburg, or Washington.

In my experience, fantasy maps follow more along the descriptor path and take it a step further by adding an adjective like The Lonely Mountain, The Cliffs of Insanity, or The Forbidden Forest. These names give the reader an idea of what to expect once the characters get there. In the real world we get Pikes Peak, The Grand Canyon, and Yellowstone National Forest. Those are all perfectly acceptable names, but not particularly evocative.

Another thing to keep in mind is that locations can acquire nicknames if something important happens there. You may decide to have a nice, ordinary name for a forest, like Brenner Wood, but because a massacre happened inside it the locals might start referring to it as The Killing Woods, or something like that.

For my world, the once lush and fertile farmlands in the south have become a dry, desert wasteland. The only bit of a once large forest is a small oasis. After that there is no relief from the searing sun and all of the fertile soil has been turned to sand thanks to the wrath of an angry goddess. So my people will be calling this area the Scorching Wastes. 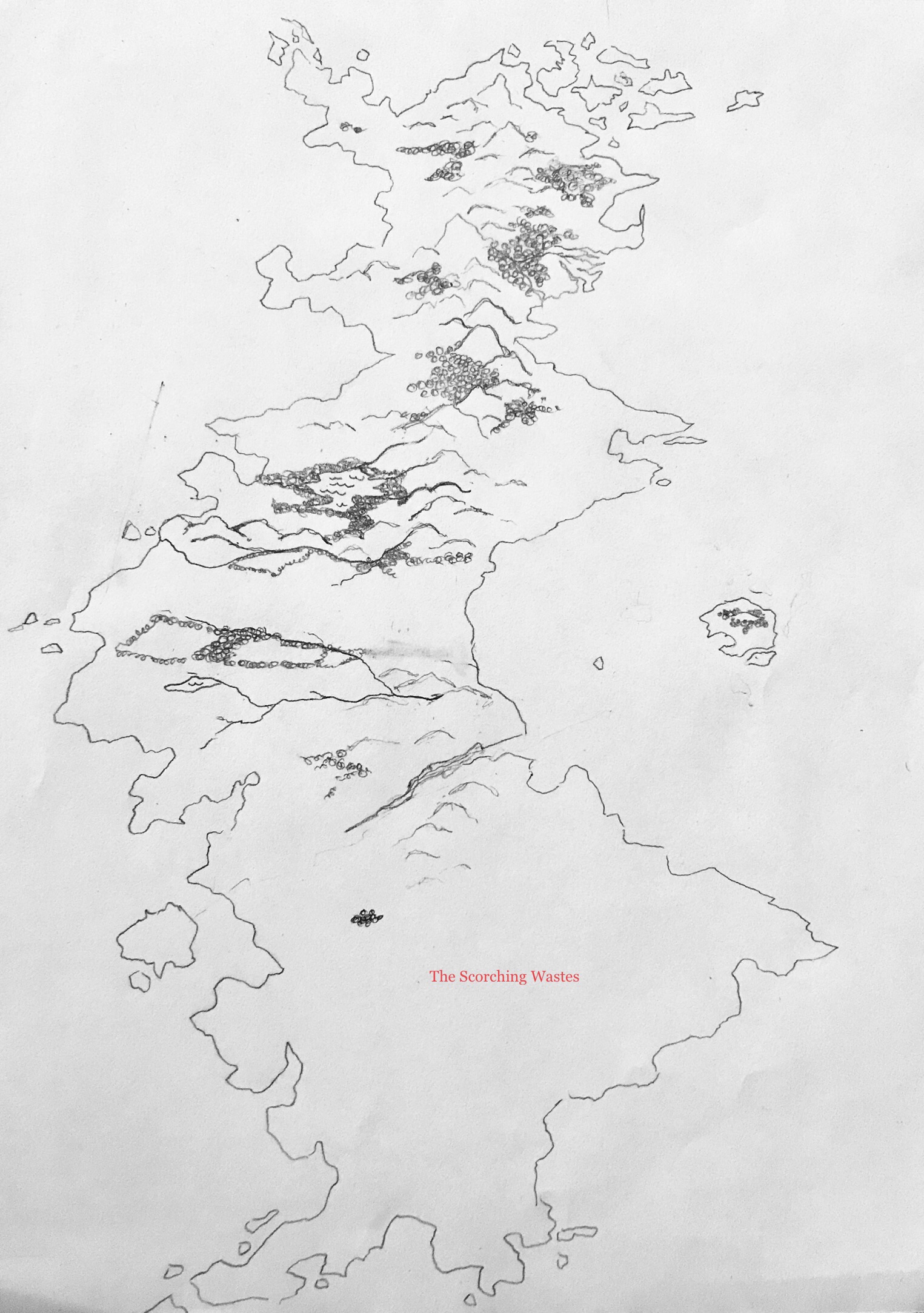 The northern part of the country is a frozen tundra. There are forests in places, but the beasts that live there are so ferocious that human survival is virtually impossible. The people in my story will refer to this area as either The North or The Wilds. As none of my story takes place there, it doesn’t need to have an elaborate name. Its more of an idea than anything else.

Lastly, we have the island where some greenery still grows but the people can’t get to because they’d have to sail through the bay. I think I’ll call it The Mirage. They prefer to pretend it doesn’t exist than know it’s so close but they can’t get there.

Just for fun, there are a few other areas that still require names. I have a few in mind, but if you want to take a stab at them, I’d love to see what you would call them.

Hope you’ve enjoyed part two of this world-building exercise. I look forward to hearing what you come up with.